Immersed from a very young age in the 80's and 90's Hip-Hop culture, Kevin Lazzari, aka Fish Stix, expresses himself on canvas or on wall to tell what he sees and feels through his experience and our time stifled by technology.
His works, influenced by comics, use the icons of pop culture to catch the eye of the viewer and make him travel in crazy or real stories. After having made more than a hundred frescoes in Wallonia, he exhibited in Paris, Luxembourg and more recently in Lille.
It's now in Namur, at Benoit Dieu Opticiens, that he decided to celebrate his 5 years by presenting an exclusive selection of his limited edition illustrations. His works are visible in the shop until January 5, 2018.
Fish Stix in Namur until January 5th, 2018 at the Benoit Dieu Optician shop, rue Saint Jacques 27 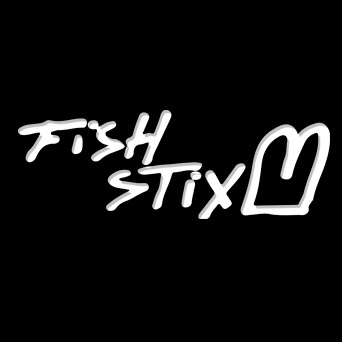 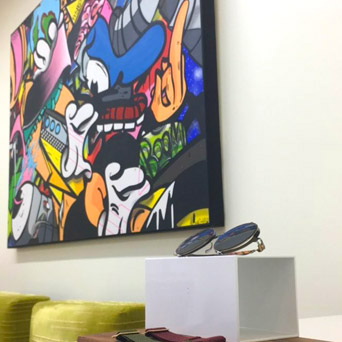 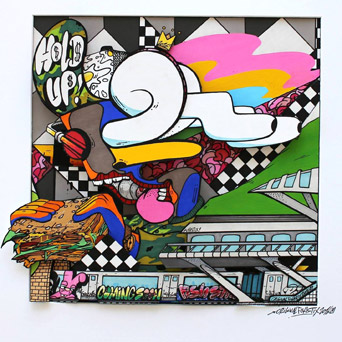